Hey! My name is Tony Mason. I maintain this website! :)

I ran the Krystonia order desk from 1989-1991, as well as the collectors club. If you wrote to Krystonia during those years, most likely it was me that responded. A lot of the below is based on what I was told/overheard during my years there.

Krystonia was originally invented by the two guys that wrote the book - Beau Dix and Mark Scott. Mark Newman sculpted the first batch of Krystonia figurines and (was either let go or left) Panton for brighter pastures. They presented the concept to Precious Arts/Panton to produce the line of the first figurines. The company was originally in the business of selling porcelain horses and music boxes, and continued to sell these until Krystonia took off. The "Large Wodema" 1301 piece was the piece that sold pwner Pat Chandok on the concept.

At some point there was a falling out/legal case and the original creators lost the rights to Krystonia. Dave Woodard took over the role of creating the piece concepts, taking what he could from the original book that was not produced in the first run (N'Tormet, Vena, etc). From 1991 onward the pieces were all Dave and Pat, which is why they are a lot different than the original first 3 years of pieces - lots of dragons, very little else.

The first batch of Krystonia was much, MUCH more highly detailed: 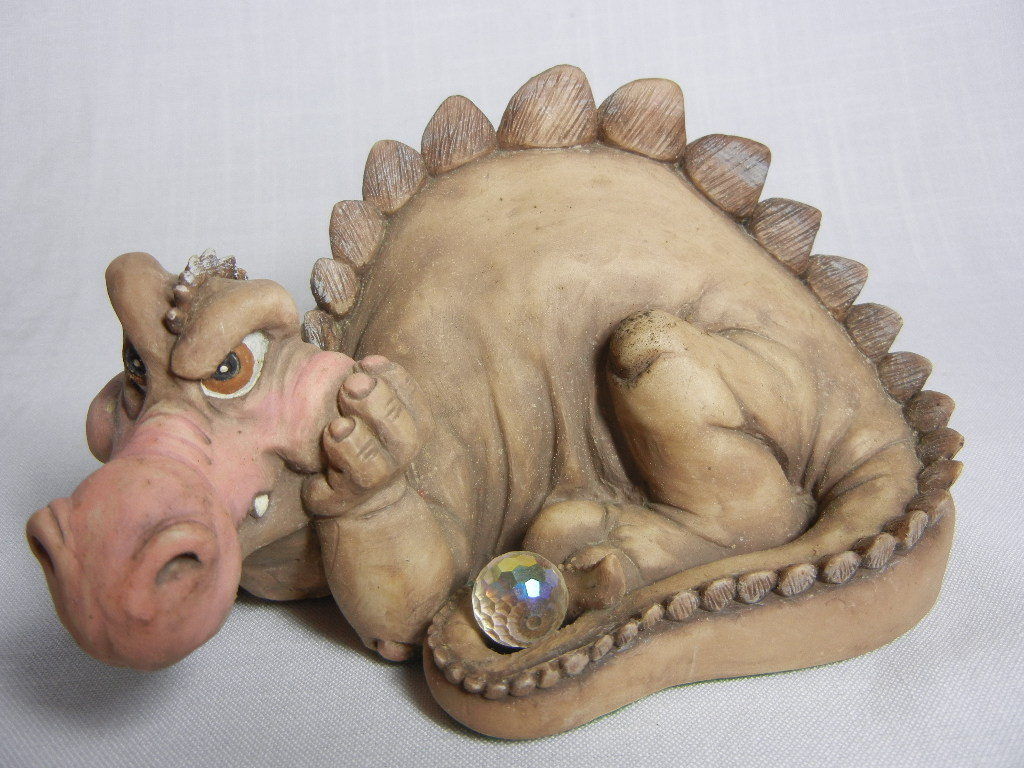 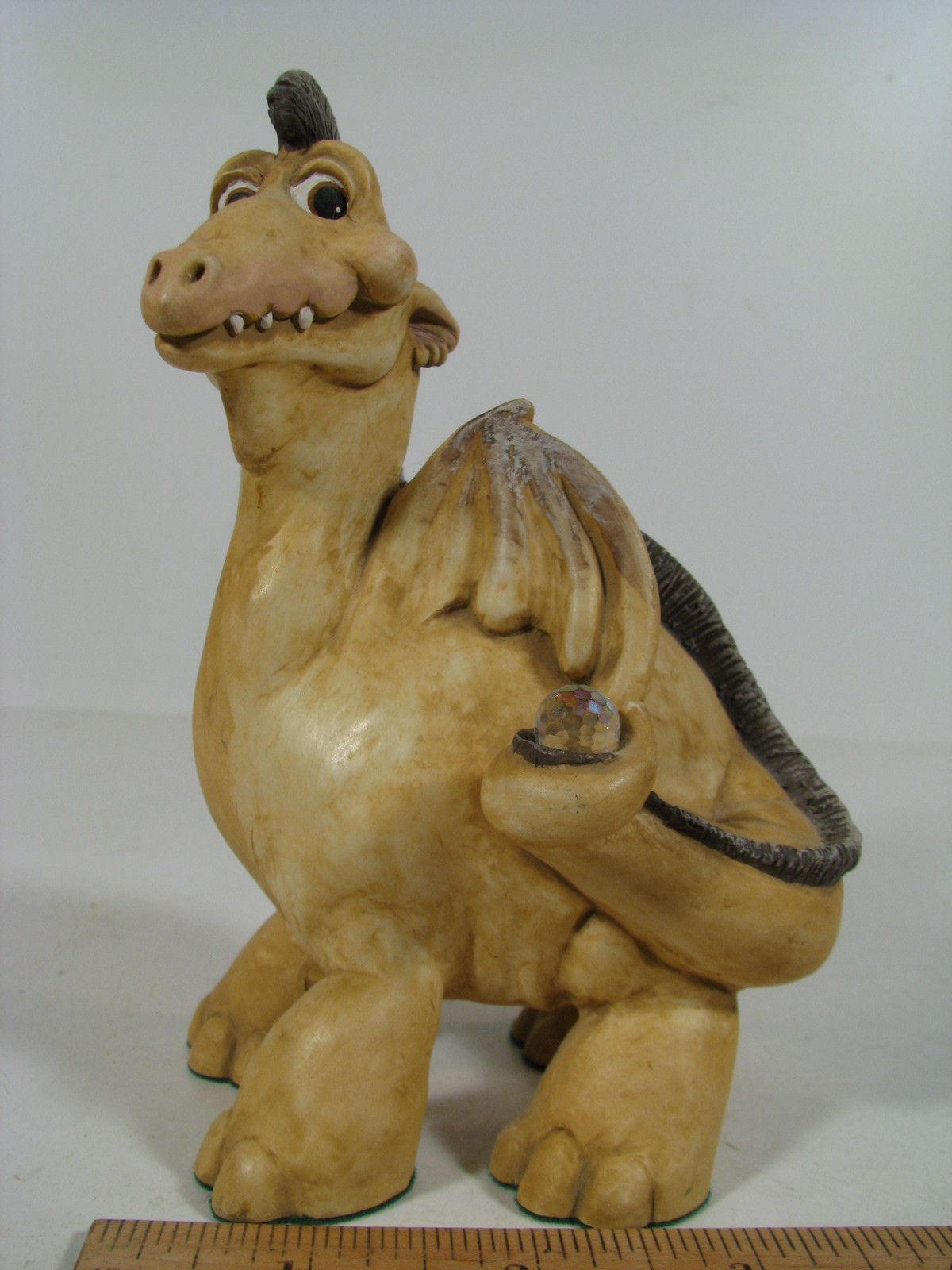 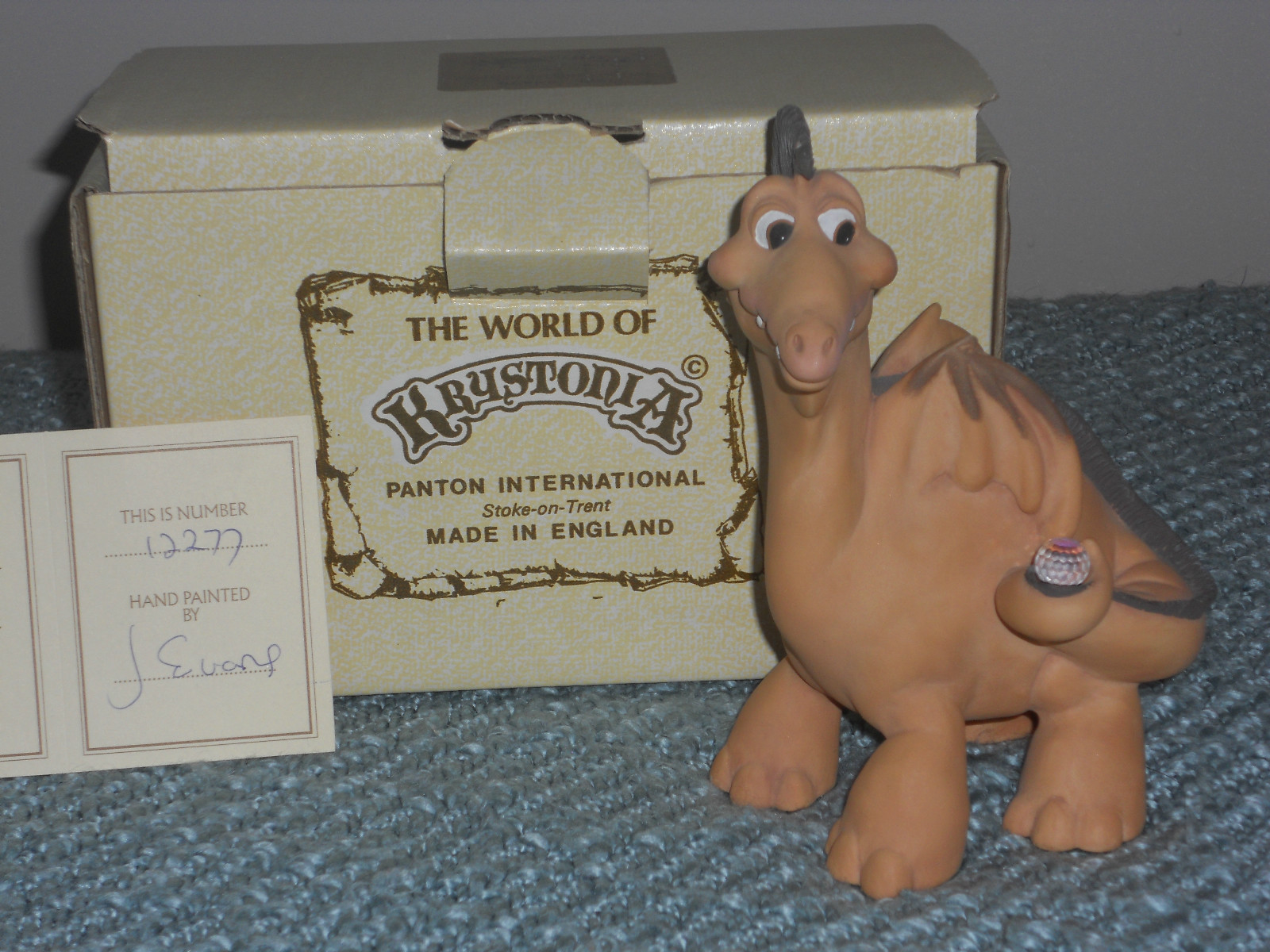 Now check out the differences between the two Spkye figures - the first one is an early version where some real attention and time was spent. The later Spyke (as evidenced by the item number) looks much more like a cartoon.

After the line took off and the orders started pouring in, pieces were in very low supply and just about everything was backordered. Stores were clamoring for these things. To speed up production, simpler paint jobs were applied to the pieces and in my opinion the quality suffered.

Sometime in 1989, they decided to make some items in China (because it was cheaper, I assume). The plaques and waterballs, while initially popular, were very poor quality. Waterballs were frequently returned from stores because of air bubbles, and the plaques, well, the less said about them, the better. They ended up giving these things away via the club.

The collectors club was started in 1990. I personally mailed out all those "keys to krystonia" (which took about 4 days of labelling and envelope stuffing). So many of these broke in shipping - they were shipped in a plain white box with a little bubble wrap, inside a large manilla enelope along with some random paperwork that had been lying around the warehouse. The post office had a field day with these and many keys had to be replaced.

I got to do a few shows, South Bend Indiana, Los Angeles trade show....dressed up as N'Chakk the wizard. The costume was made by Pat's sister and was incredibly heavy and warm. 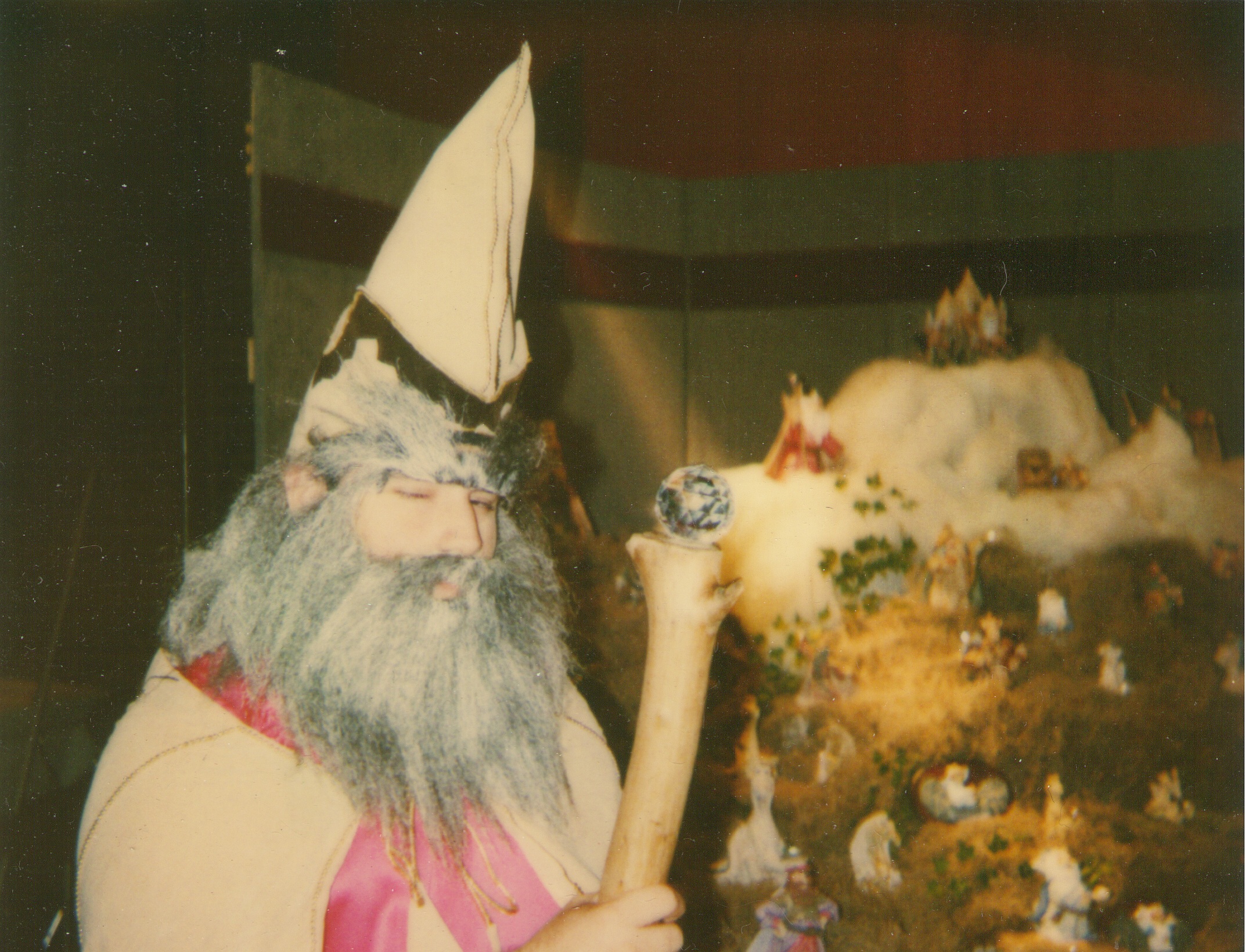 I left Krystonia in 1991 but continued to follow the line for a few years as I still had friends who worked there. It seemed to me the pieces started getting sillier every year - somehow some of the "cool" factor went out the door. Eventually they moved all production to China and apparently the line died a slow death. Where once they had several hundred stores carrying the line, you would be hard pressed to find more than a handful of stores left that carry it. In time they just started selling directly to the collectors via the club. The last pieces were created in 2006, after which they just took old stock and some painted on gold and silver highlights as yearly offerings. I'm not sure what the thought was here, but I'm pretty sure they were just trying to sell as much old stock as possible to get rid of it.

I still love the "classic" Krystonia (especially anything from 1987-1988) - it will always hold a special place in my heart! I've been working on this archive since approximately 2010.