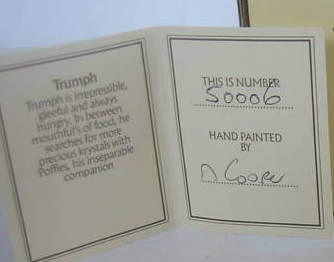 Krystonia figures came with a yellow card indicating the piece number and the name of the painter. Replacement cards were available if you contacted Panton and asked, they had a stock of them pre-numbered and signed. Supposedly all pieces were limited to a 25,000 production run and then retired, but the actual number of pieces had little to do with retirement dates (one of the first pieces retired was Large Rueggan 1701, simply because of slow sales), and as shown above nobody paid any real attention to the "limit". 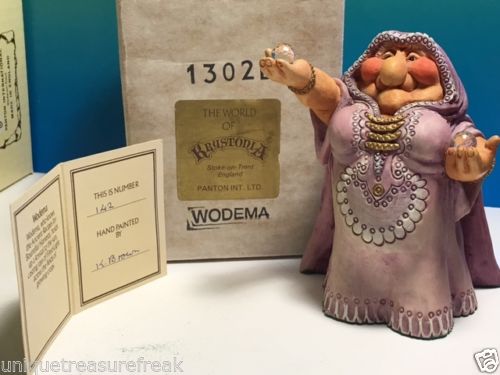 1) The very first boxes were plain white, and had black block lettering indicating the piece number and name. The first item numbers also had letters after the number, ala 1041a, 1042b. These letters were later dropped because they were redundant - the item numbers were already unique, so there was no need to complicate things. These were used for the pre-production pieces. 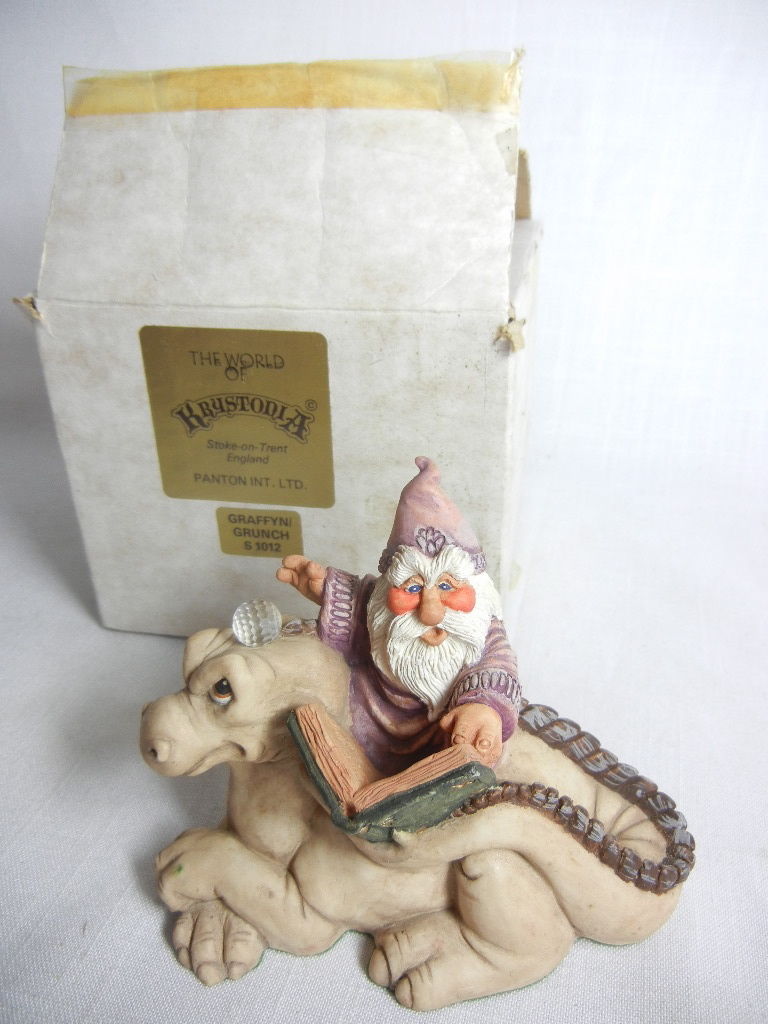 2) Next came plain white boxes with the Panton stickers and a separate stickers for item number, the block lettering was dropped. 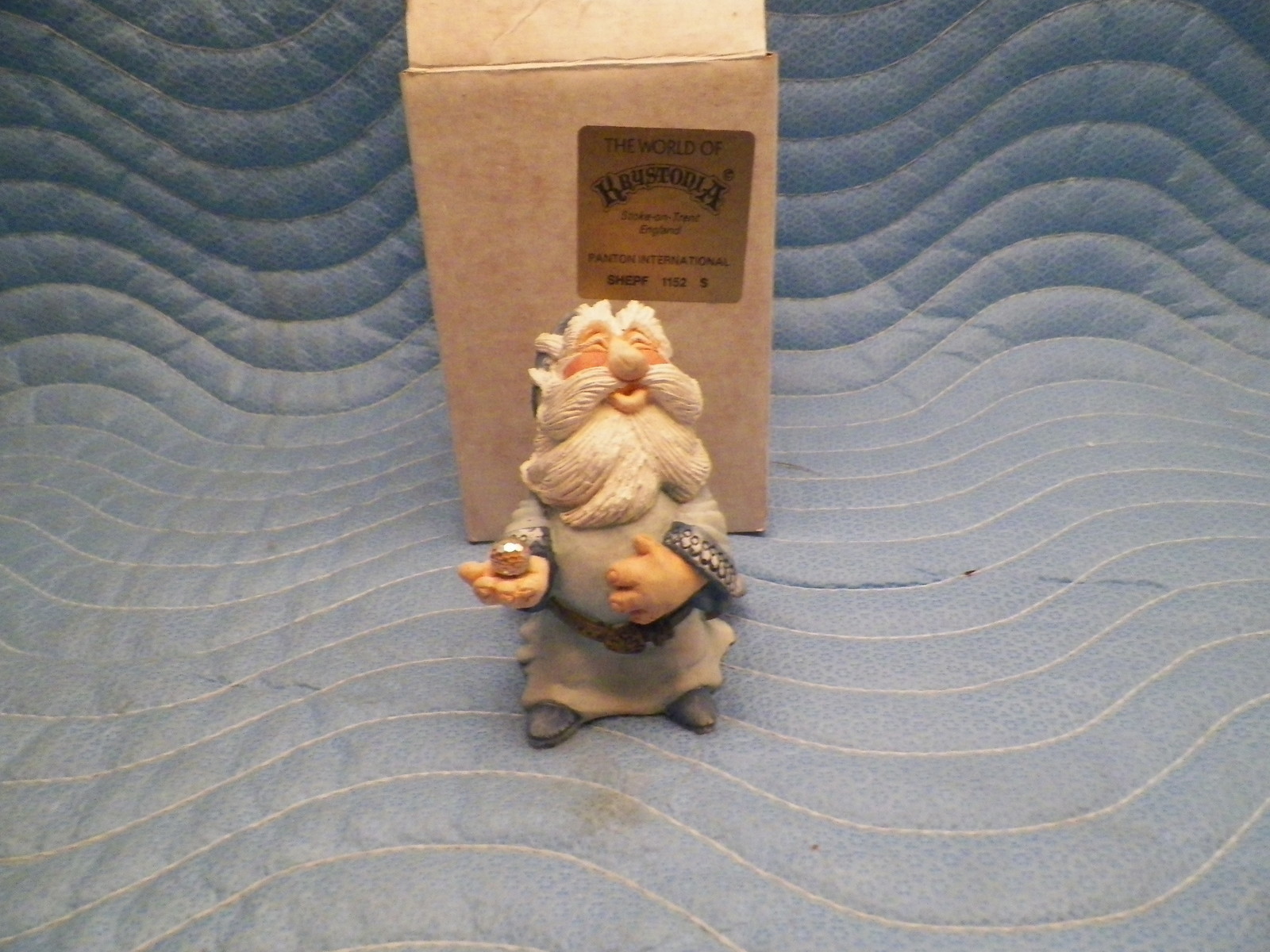 3) Next came the plain white boxes with the Panton stickers with item number on the large sticker. 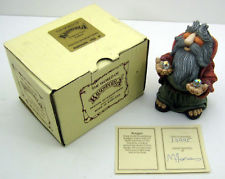 4) Then came the yellow boxes with the Krystonia logo and piece number on the stickers. 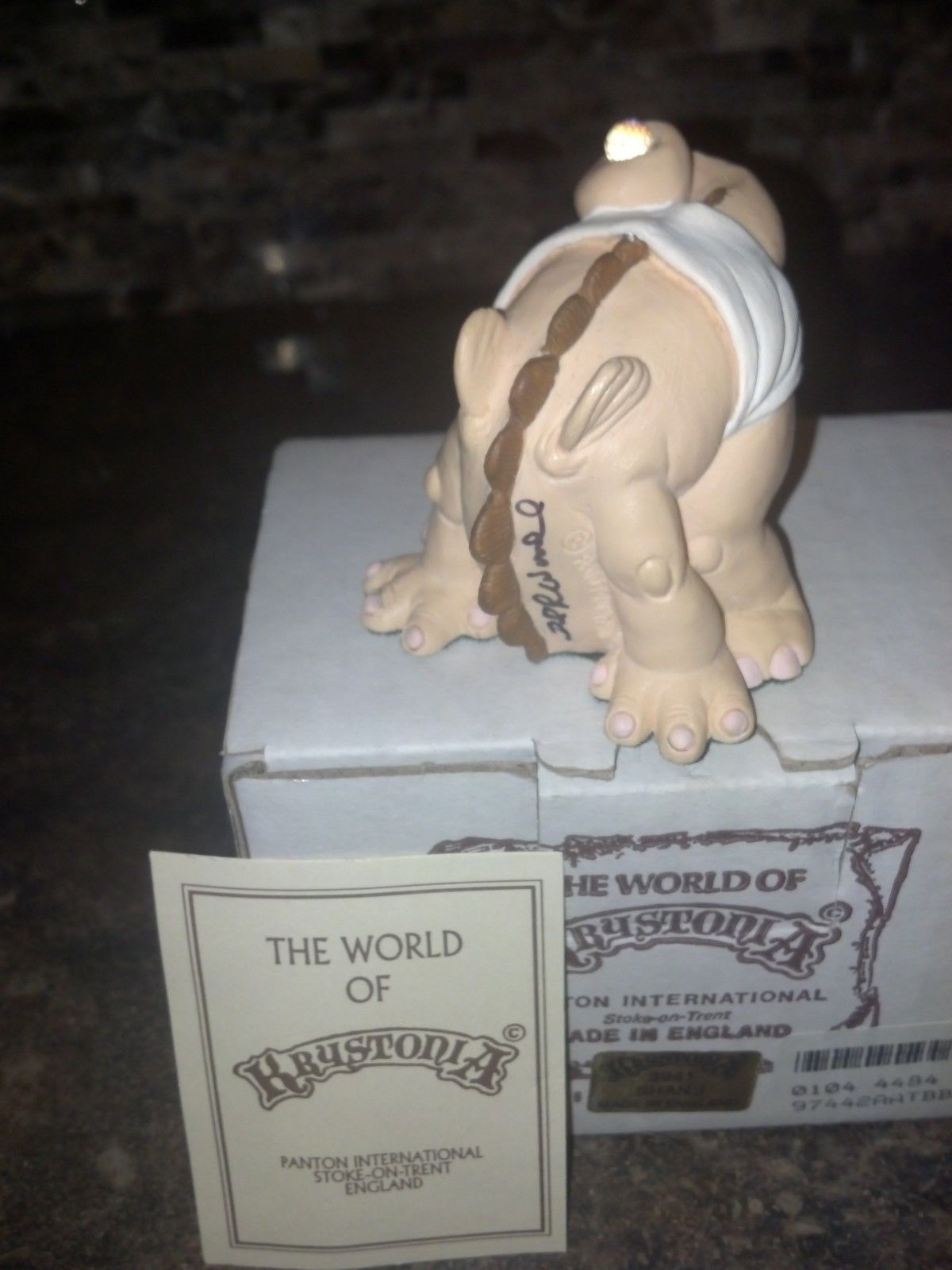 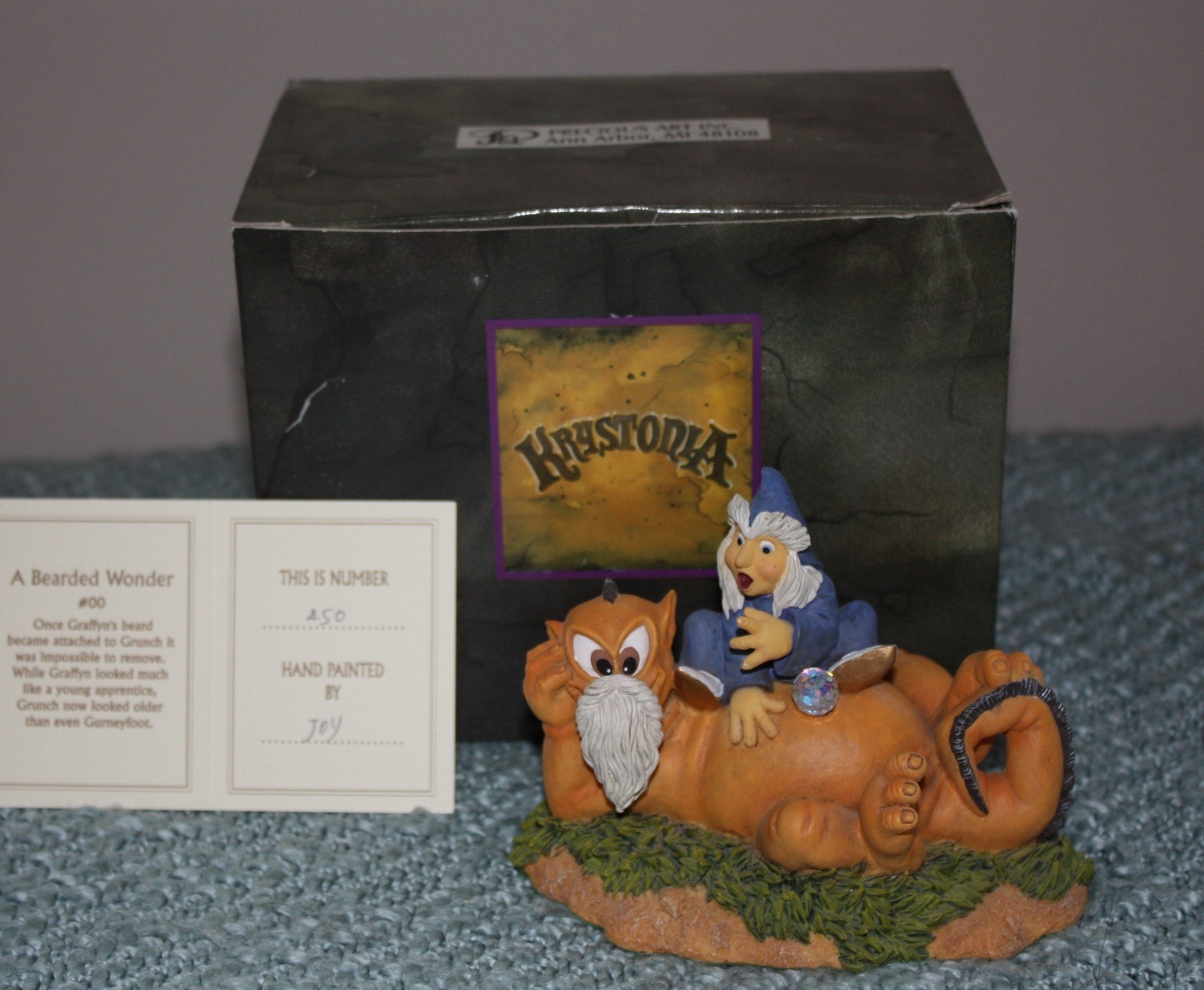